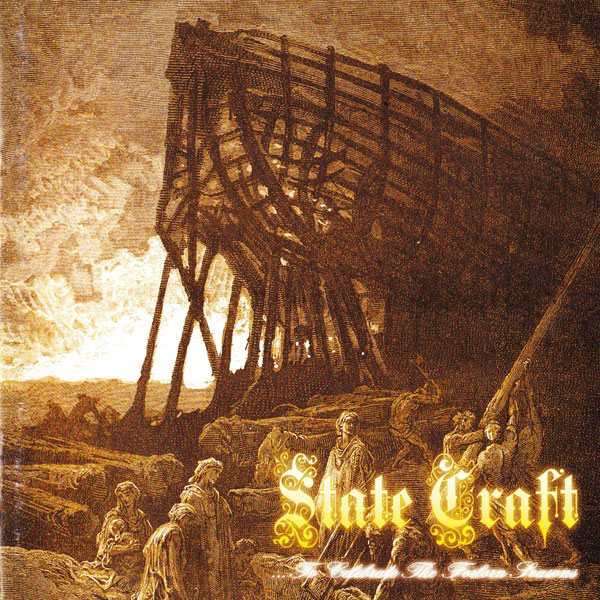 The year is 2000. You are in a Japanese band releasing it's first full length on a renowned international record label. What do you do? That's right, start your fuckin album off with some final fantasy keyboard shit!
You might say, "that's not final fantasy, it's more like black metal," but the end of that intro track is the straight up opening theme to every final fantasy since the first one, so shut up.

State Craft follows up the rest of the album with the best metal / NYHC cross-over yet seen. The exact science of how they put it all together is fairly unknown, however. Other bands have obviously done the same throughout the world, but State Craft came out the other end with such a unique interpretation that it really created a whole new genre. The intense melodic sensibilities cannot be overstated enough. Most bands running with these influences never stray far from open-E chugging. State Craft does not take the bait and crafts truly powerful melodies that run throughout all their songs. Dual guitars riffing together while the rhythm section rumbles through complicated time structures is just the way they do it.

It feels like there is a lot to write about State Craft, but I either don't have all the knowledge (I'm not too keen on the history of NYHC or metal, so even my description as a crossover of those two is flimsy) or there are simply no words to describe it. State Craft is just amazing. In some ways, they are THE band for people who don't care much for NYHC or metal (like I was a few years ago). There is so much in their music, I think you can find something you like in there.

Here's that debut album from 2000. It actually is still available in CD and vinyl, so pick up a copy if you like it: Goodlife Records

Here's a pretty crazy video. I've never seen that many kids at a Japanese hardcore show.